It is often believed that there is little or no ability to out smart others in cases of the intellectually disabled. However this is often far from the « clinical » reality. Intellectual disability ( or ID for short) doesn’t prevent a good or even excellent level of cunningness as I will try to show in this short essay.

The IQ tests ( WISC, WAIS, WPPSI etc.) have been the tape measure of intelligence for over a century. I will not criticize these tests for they have made an important effort to quantify and understand human intelligence. But one interesting aspect that IQ testing has always left out of the test is cunningness.

At first glance one may think that being cunning isn’t a sign of intelligence, however I would beg to differ. I have been working with intellectually disable people for over four years and I am still amazed by they ability to see and exploit the cracks in communication or those of institutions. And by doing so they shatter the a priori, that they are passive and unable to understand their surroundings. I have dozens of exemples of this phenomenon but I will limit myself to only two cases.

Coffee, coffee! My kingdom for a coffee!

Gérard is a adult in he’s mid forties, he lives in a medical home with 34 other residents. He was diagnosed with ID and autism, he doesn’t talk nor read however he knows the exquisite taste of coffee. He is on a permanent quest to drink it! So in order to fulfill his mission he takes a morning and a midday coffee. But this does not satisfy Gérard’s quest. He wants more. Thus he demonstrates his cunning in attempting to achieve his desire..

His first strategy was to attend in quick succession the three breakfast servings in the institution. Meaning he would drink three coffees in a row. Unfortunately for Gérard, this blessed time didn’t last. The staff started to notice his method and prevented him for attending the other two servings.

But he didn’t give into despair. He started to lurking around the staff’s eating room. And if someone forgot their coffee or left it unattended, well it was gone for,masterfully drunk by Gérard. If drinking coffee was an art Gérard would have been a Botticelli. This approach didn’t last as you can guess. The staff weren’t exactly thrilled getting their socially accepted drug stolen.

So Gérard was back to square one. He began carefully observing the other residents. He would casually sit next to one of them. The other patient being a friendly and talkative individual (that we will call Ernest). welcomed the coffee seeker even though he never answered any questions nor did he speak. One may think this was the start of a friendship alas Gérard was more into the coffee part of the relationship. And when Ernest was waving to a staff member Gérard poured the coffee down his throat. The only response Ernest could utter was a confused scream: ‘Gérard stole my coffee!’. To avoid this happening again, it was decided Gérard would be watched during the breakfast and lunch breaks. Unfortunately I left the home before Gérard could execute another master plan of his own.

If this clinical vignette tells us anything, it is that Gérard was able to use his intellect and cunningness to achieve his goals. He knew the rules and what was forbidden yet he was always able to figure out a way that the staff couldn’t foresee.

Another brilliant exemple of cunningness is the case of George, a man in he’s fifties. He was diagnosed with ID and psychosis. He was quite a talkative patient alway curious, very lively, and sensitive to the feelings of others. He was part of a discussion group focusing on self expression. This group was a long standing tradition within the institution. The goal of the group was to put feelings into words rather than act them out.
George had been part of the group for many years and would often smile and start singing ( French variety songs,) until the therapist would ask him to speak. He would stop singing, smile and start talking about what was on he’s mind. One day in the middle of a session he got up and stated: ” I am hearing some noise! I must go and see what is happening!”. However no one else heard the noise that he was speaking about neither the patients nor us : the therapists. And before we could react he walk out the room seemingly searching for the noise. This baffled us, he had never acted in such a way before. During the following month it happened three more times and when we asked him what was the noise that he was hearing, he didn’t answer. He had found a sound, we were lost for words.

The group therapist and I started wondering if this “noise” that he was hearing was a hallucination? Was it a voice or a noise? Was George relapsing into a more painful psychotic state in spite of medical and institutional care? The only thing we knew was that this noise seemed to be exclusively manifesting in the group sessions. So ignoring what caused the ‘noise’, we asked George, if he wanted to remain in the group? . Without any hesitation he said he wanted to stay in the group. This was a relief for us because the members of the group had been interacting less and less during the past months, George was among it’s most active members.
We started the 4th session. Ten minutes into the session George got up and stated :” Hear that? I’m gonna see what it is!” and so it began a new. But this time we were ready and the group therapist answered: ” you can check it out afterwards.” he then sat down in the arm chair with a bored expression on his face.
It dawned on me that he wasn’t having a psychotic breakdown or having an hallucination but that he was bored! And this boredom lead him to find a brilliant way to leave the group without being prevented by the therapists. At the end of the session ( when the other members had left) I asked George if he had felt bored during the last sessions and that the “noise” was a way to escape the boredom. He nodded in agreement to the interpretation. The group therapist than asked him if he wanted to remain within the group. He wanted to stay but he had issues remaining to the end. The group therapist told him that he could remain but he had to follow the rules as everyone else
did. He agreed, even though he still tried his strategy a couple more times ( don’t fix what isn’t broken I suppose ?).

Through this strategy George was able to have the best of both worlds, be in the group and leaving, without confronting the rules directly, thus avoiding any scrutiny from the therapist. This technique also allowed him to maintain his idealized sense of self which was to avoid conflict and be friendly, without compromising his desire to escape boredom.

These vignettes are just two exemples of the dozens I have witnessed of cunningness among intellectually disabled patients. It is my firm belief that these moments of “wit”,smartness, demonstrate , to health care professionals and families, the true level of intelligence that these individuals possess. We should keep this in mind because so often we, as a society, reduce them to
their inabilities and their academic limitations. So why not change the paradigms for once and see them for what they can achieve: been smart and cunning. 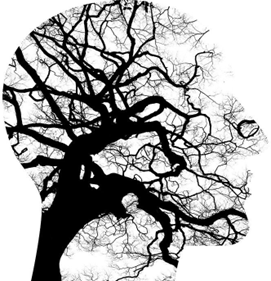 Read PDF here : Anxiety (1)   What is anxiety ? Anxiety is a pervasive emotion that generates distress. This distress manifest […] 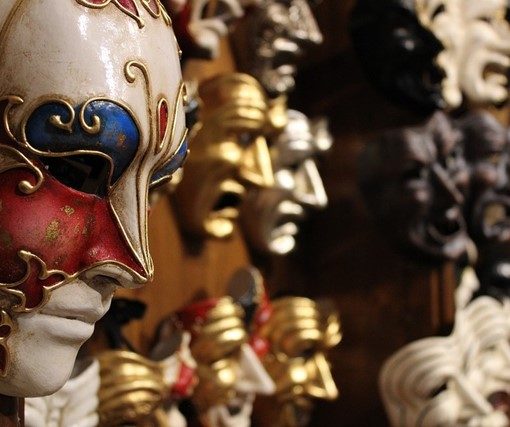 In loving memory of Evelyne Parent a brilliant psychologist and the best mentor one could wish for Read in PDF here : […]